Our Staff and Friends

Each year, the list of Naturally Superior Adventures guides, staff and friends grows longer. Our staff has kayak surfed off the south island of New Zealand, bird-watched in the Arctic, hiked the Andes and paddled with the great baleen whales of the North Atlantic, yet many have chosen to make the north shore of Lake Superior their year-round home. Still, all our staff know that a little fun and silliness goes a long way. 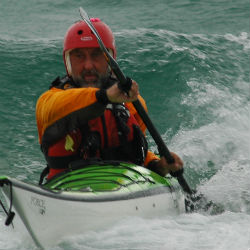 David was a forester before a sea kayak trip on the Pukaskwa coast inspired him to start Naturally Superior Adventures in 1994. He’s now a Paddle Canada sea kayak & SUP instructor-trainer, ACA level 4 Coach and a BCU 4-star paddler. He’s most happy on the water teaching sea kayaking or kayak surfing. 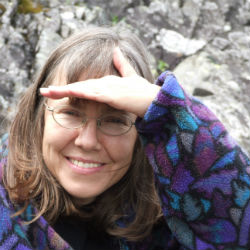 Renee is David’s partner in life. Although the gardens and the environmental side of things on Rock Island are her particular areas of interest, she’s happiest dancing, hiking, canoeing, on a SUP or teaching Yoga. She edits newsletters for FLAP Canada, and the North American Native Plant Society. 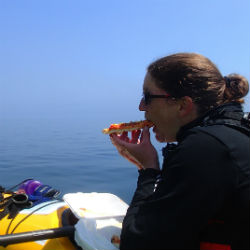 First, Jen was a math wiz from the University of Waterloo, then a graduate of the Outdoor Ed program at Lakehead University and then a fully qualified teacher. She’s a highly capable and experienced guide/instructor who especially loves leading our most challenging trips. In her spare time she knits! 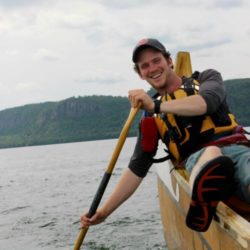 Jake came up to Northern Ontario for Lakehead University’s Outdoor Recreation, Parks and Tourism program and fell in love with Superior. Now a graduate, he is one of our lead guides, handling trip logistics and risk management when not on the Lake. He is happiest when paddling the coast, surfing, or taste-testing butter tarts. 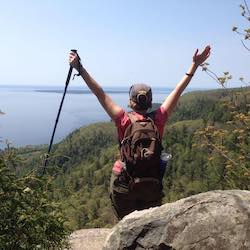 Johanna Rowe is a life time Wawa resident and local historian. Her family ties to Michipicoten River and Wawa run deep. Johanna’s favourite past-time is sharing her knowledge on our natural and cultural history and ensuring you experience at least one “Wow! I-never-knew” moment before you leave. 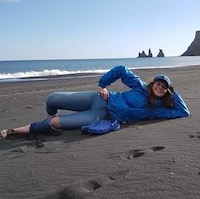 Kate is a lifelong outdoor enthusiast who has worked as a hiking and paddling guide throughout Ontario & Nova Scotia. She graduated from Outdoor Rec at Lakehead University in  TBay where she fell in love with Northwestern Ontario. Kate is excited to spend another summer exploring beautiful Lake Superior and all it has to offer. 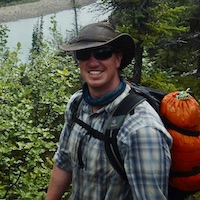 Brady graduated from Algonquin College’s Outdoor Adventure Program and Lakehead University’s Outdoor Recreation and Geography programs. For the past 11 years, he’s worked for a variety of companies and schools in the outdoor industry, both nationally and internationally. 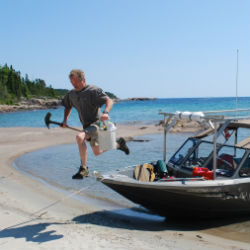 Joel’s a retired Ministry of Natural Resources land planner and long-time resident of Sandy Beach, Michipicoten Bay. He’s our #1 source for weather history and has been instrumental in establishing and maintaining pit toilets on Superior from Pukaskwa to Lake Superior Park. Joel helps us with key vehicle shuttles. 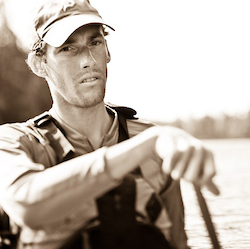 Conor’s a highly experienced sea kayak and canoe guide and advanced Paddle Canada sea kayak instructor. Off the water, he’s an outdoor and environmental magazine journalist. His book The Greatest Lake, Stories from Lake Superior’s North Shore, was published by Dundurn in 2012. 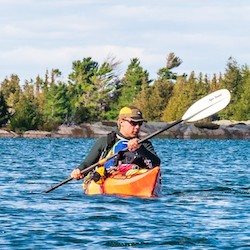 Growing up in Toronto, Rupert first found his passion for the paddle and the outdoors, spending his summers canoe tripping in Algonquin Park. Since studying Outdoor Adventure at Algonquin College, Rupert plans to spend his summers in a boat and winters on skis. He is looking forward to his first year at Naturally Superior and getting to explore Superior’s coast. 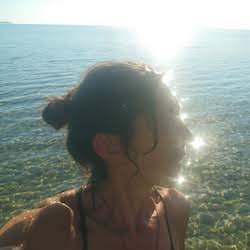 Valerie grew up in Belgium with a need to be on and in the water. After a career as an officer on cargo ships and some years in an office managing ships worldwide, she came to her senses 🙂 and is now a yoga and meditation teacher, lifecoach, passionate cook and crazy nature lover. Naturally Superior and Rock Island lodge bring all her dreams under one roof : the immense sky.

Valerie will be managing the Lodge. 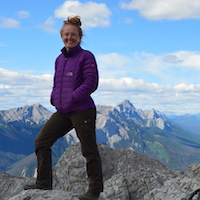 Before joining the NSA team, Genevieve worked all across Canada, planting trees, fighting forest fires, timber cruising BC northern forests and studying biodiversity in all the remote corners of AB. When not at work you can find Genevieve on top of the water, kayaking and canoeing, under the water, scuba diving or just in the ceramic studio trying to make the next great coffee mug. 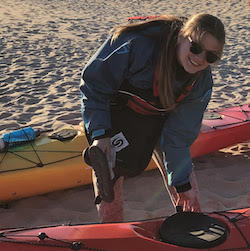 Quinn is a high school student who has grown up in the Wawa area and has a passion for hockey, skiing, and water sports.  She has spent many summers working on her dad’s wild blueberry farm and  loves being outdoors with her friends. She is  excited to begin her new adventures with the Naturally Superior Adventures Team. 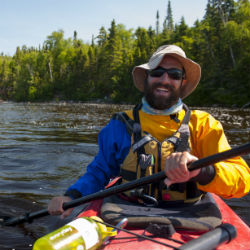 Otto has a scientific background and now works for the federal government on regional river water management. Just ask him why the waves formed by a boat are at the same angle no matter the speed of the boat and you’ll get a highly detailed explanation! He’s also an awesome wilderness chef and leader and Jen’s sweetheart. 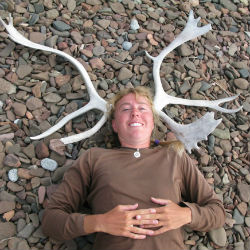 Ginny’s been sea kayak guiding and instructing on Superior with us since 2005. She’s also paddled Newfoundland, Maine, Vancouver Island, Haida Gwaii, Thailand and New Zealand. Her best trip so far was a solo on Lake Superior so she knows our area well. 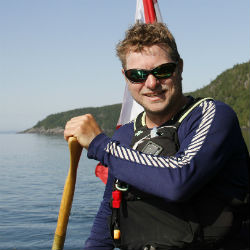 Darrell’s an accomplished paddler and instructor with Outdoor Recreation, Parks and Tourism at Lakehead University. He co-authored A Paddlers Guide to the Lake Superior National Marine Conservation Area, the definitive paddler’s guide to the Sibley Peninsula. He’s passionate about guiding the Voyageur Canoe. 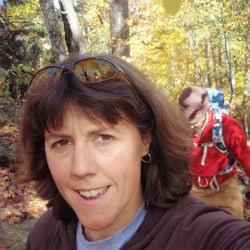 After guiding and coordinating trips for us for 12 seasons, Megan has followed her family to Peterborough. Fortunately she’s still around in spirit and via internet, rocking our newsletters, social media and website updates. She says we can blame the speeling mistakes on her! 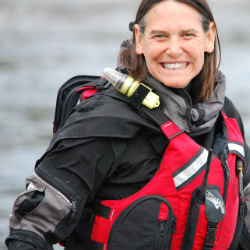 Bonnie is a minister with the Episcopal Church and one of our best friends. As a top ACA instructor, BCU 5-star paddler and coach as well as a Paddle Canada instructor she’s crucial to our advanced training and especially our combination Paddle Canada Level 2/BCU 3-star sea kayak instruction program. 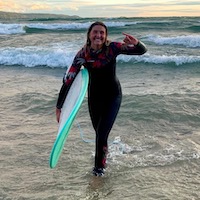 Born and raised in Wawa, Callie has grown up playing and exploring along the shores of Lake Superior.  When she’s not in the water, catching waves, wandering barefoot, or laying on the beach you can find her writing, painting, or teaching yoga.

She’s excited to be back at Naturally Superior Adventures, doing what she loves most! 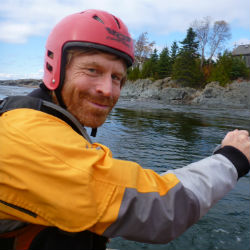 Sam is an ACA Level 5 Advanced Open Water Instructor-Trainer Educator, an ACA Adaptive Paddling Equipment Instructor and Wilderness First Responder. He’s been paddling since 1991. He has paddled Lake Superior, around the Haida Gwaii in British Columbia, and in Finland/Sweden. He also did a circumnavigation of Ireland. 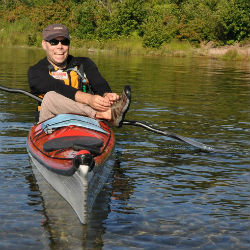 David has been introducing people to the sport of sea kayaking for the past 17 years and considers Lake Superior his second home. He is a senior instructor trainer with Paddle Canada and teaches for several paddling schools in Ontario. David aspires to become a professional wrestler referee or a certified waterslide tester. 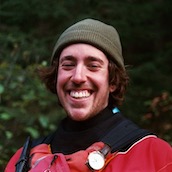 Leif is happiest outdoors, sharing it with others. He graduated from Laurentian University with a degree in teaching and outdoor adventure leadership. He’s spent the last couple of summers paddling in Nova Scotia and Temagami. He spends the rest of the year climbing, cooking and traveling. 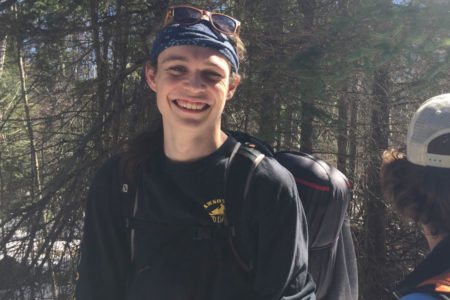 Morgan is currently a student of Outdoor Recreation at Lakehead University. Born and raised in the Ottawa valley, he spent a lot of time exploring what the Ottawa/Gatineau region has to offer. He is very excited to get to spend the summer sharing his passion with others in such a beautiful location. 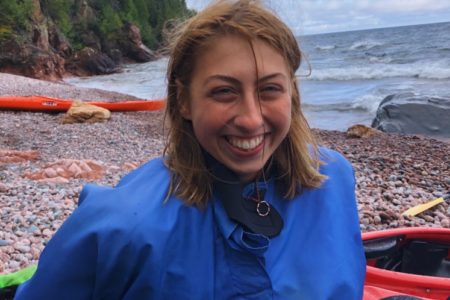 Avery has grown up in a few cities around Canada but somehow always finds her way back to Wawa. She has always loved going on outdoor adventures and is so excited to be working surrounded by people with the same passion! 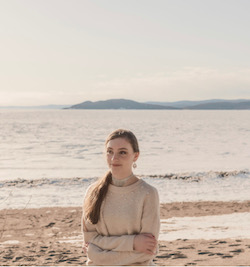 Evelyn is a student who loves to hike, swim, camp, canoe and anything that involves spending time outside. When she’s not out in nature, she focuses on dancing, playing piano or hanging out with her friends.
Evelyn is super excited to be part of the NSA team this summer. 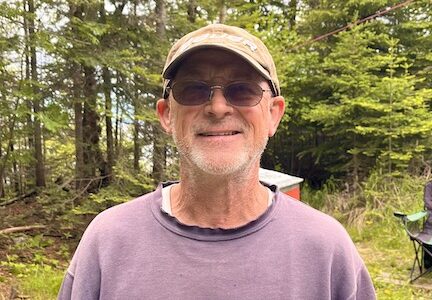 I’m a happy man. Simple as that.” Says Wally. “Enjoying the simple things in life, like working, travelling, meeting new people, gaining new perspectives & of course shooting the breeze!” You’ll find him running around the site fixing things up and getting things done!

We try not to take ourselves too seriously here at Naturally Superior Adventures!

What they are saying…

My husband and I just loved watching the surf while sitting on your beautiful rocks. We will definitely be back.

You can find all of our Covid-19 Protocols here.